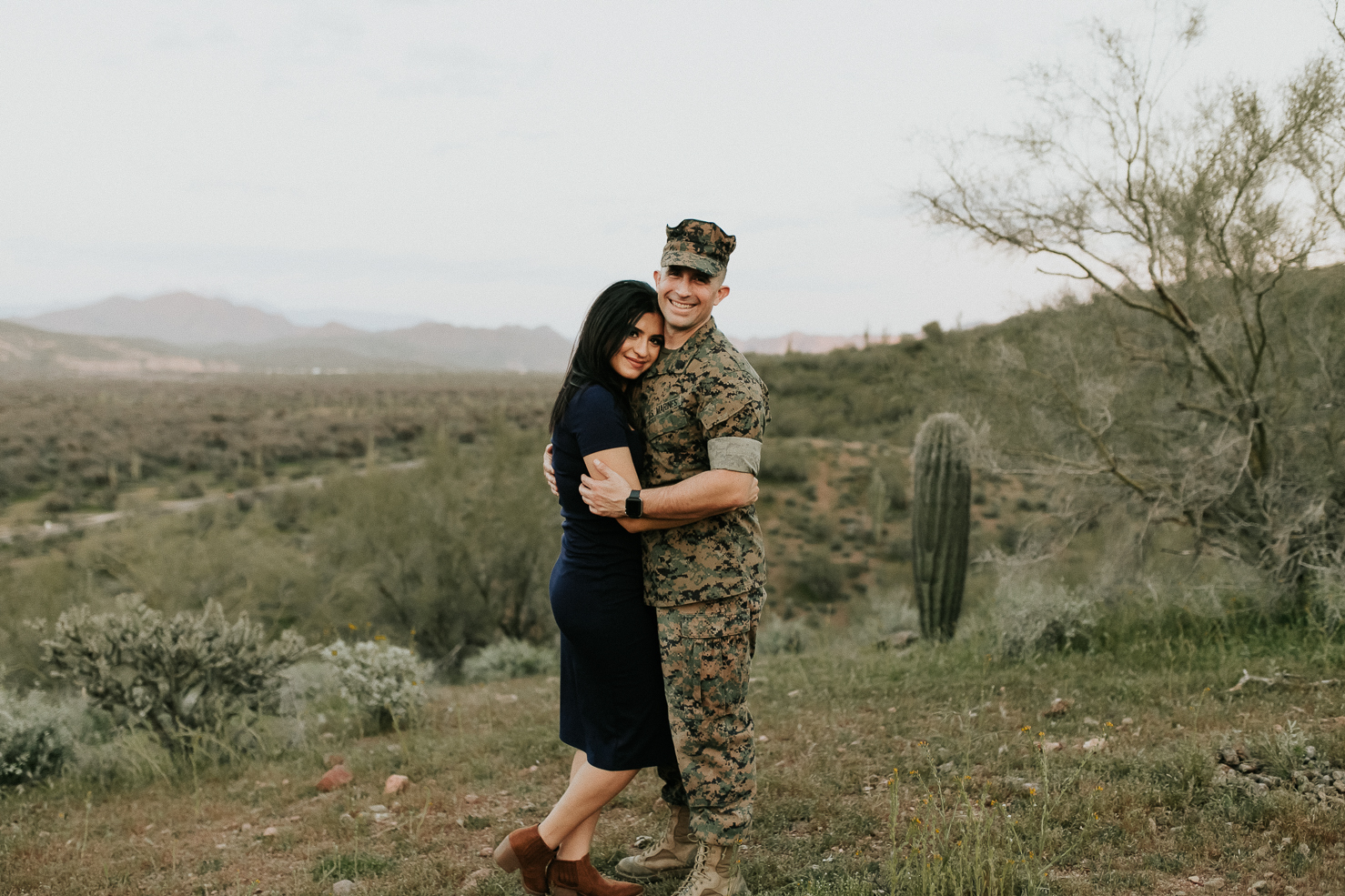 Summer and Steven’s couples session was pure magic! We ventured out to Mesa, Arizona at the beginning of March and oh my goodness- was it beautiful! The desert was completely green from all of the rain we had been getting and it was a site to see! What is usually a dried up field turned into lush green field with tiny yellow flowers up to our knees! It’s amazing what a little rain can do here in the desert. What was even cooler than all of the green in Arizona was the story of how Summer and Steven first met. Get this- they met in Dubai! Yes, DUBAI! How cool! Despite neither one of them being from Dubai, they both happened to be in a restaurant at the same time while Summer was teaching in Dubai for a few years and Steven was serving over seas. They talked, they laughed, and the rest is history! Four years later- they’re still together and better than ever! Talk about meant to be! The entire session was so sweet, but I have to say- my absolute favorite part of the night was when Summer gave Steven a piggy back ride like it was nothing. I was and am still so freaking impressed by Summer! When I showed my awe Steven even told me that she’s put him on her back and squatted him instead of a bar!! Can we all take a moment to give Summer a round of applause ’cause dang she’s awesome! Scroll to the bottom to witness the famous piggyback ride take place- you won’t regret it. 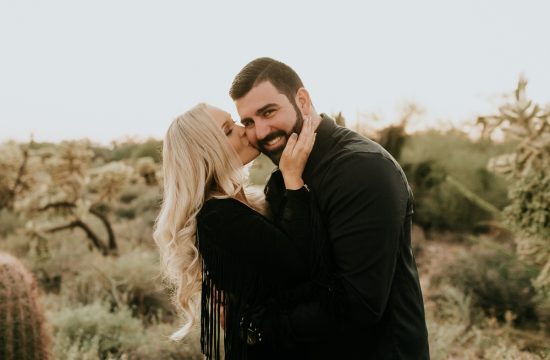 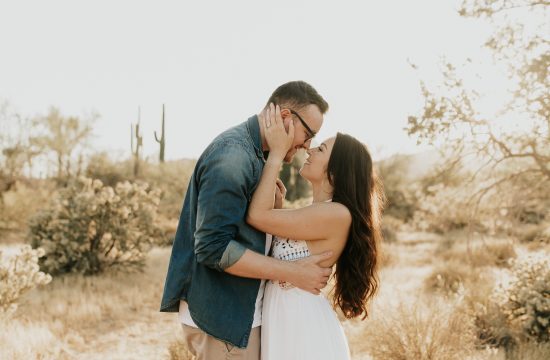 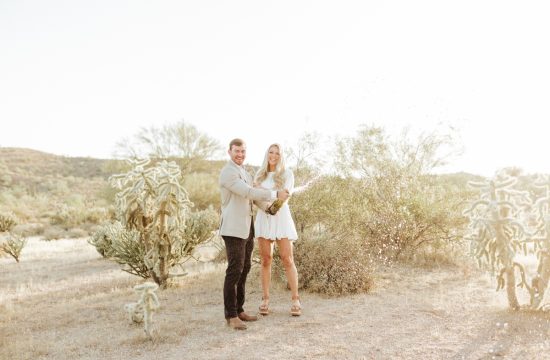