It’s crazy I’m sitting here typing my son’s birth story- it’s crazy I have a son! Greyson is three weeks old and I’m still in awe of him, I have a feeling that’s not going to change anytime soon. For as long as I can remember I wanted to be a mom. As a little girl, I never dreamt of my future wedding- instead, I dreamed of being a mom. Maybe that sounds weird, but I always felt called to be a mom. I knew I wanted to have kids young so when I met Keaton and he felt the same way, we knew we wouldn’t wait long after our wedding to start a family.

Fast forward to January 12th at 2:03am, I woke up to a warm gush of liquid and immediately was so excited because I had been trying everything under the sun to get labor started and I instantly knew this was it! Before then, I was so worried I wouldn’t know I was in labor so I had been praying God would make it very clear to me when it was time and He definitely did! I turned to Keaton and told him I was 99% sure my water just broke so we got up, Keaton packed the last couple items for our hospital bag, I showered, and we were at the hospital by 2:30am.

When we got to the hospital, they sent me to triage to check my dilation and told me I was not dilated or effaced at all (for those of you who don’t know, you need to be 10cm dilated and 100% effaced to give birth), but they confirmed my water broke so I was admitted. Around 6am they checked us into our labor and delivery room. The next couple hours I switched on and off from being monitored to walking around the hospital to try to get things moving. Around 7:30am I was given Cytotec to ripen my cervix to hopefully help dilate me. My contractions started intensifying as the hours passed to the point where they were becoming unbearable. As they were intensifying, my parents came to check in on us and comfort me, which was a really nice distraction. Towards the end of their visit I was no longer able to talk through my contractions.

At 1:30pm I was only 1cm dilated and stayed 1cm dilated through 5pm when they checked me again. Around 4pm I was given Demerol to help with the pain, but it only dulled the pain slightly for about 15 minutes and then I had the worst contraction of my entire labor. It lasted somewhere between 5-7 minutes long and was so intense I was uncontrollably shaking and crying from the pain. After that my doctor recommended I get an epidural and pitocin since things weren’t progressing. She said she thought my body wasn’t dilating because my contractions were so frequent (I was having at least 2 contractions within a 5 minute span and they were getting longer and more intense every time) my body couldn’t relax enough to dilate. I was in so much pain I immediately agreed, but was a little nervous because in our birthing class we were told you should try to wait until you’re 7cm dilated before you get an epidural and pitocin. They recommend waiting until then because getting them too early can slow labor down and put your baby into stress, which can increase your chance of needing a C-Section and I was really hoping for a natural birth.

I was given an epidural at 6:45pm and ladies, let me tell you- it was phenomenal. I highly recommend. Once I was given the epidural the pain was gone and I only felt pressure during contractions, but I wasn’t in any pain whatsoever. Before the anesthesiologist left, he did say it was very likely that I would need a C-Section since I hadn’t progressed so far and I had already been in labor for 17 hours (when your water breaks they typically want the baby delivered within 24 hours of your water breaking).

Soon after that my in-laws came to visit us and prayed over me and the baby, which made me feel a lot better and more hopeful for a natural delivery. At 7:20pm I was 2-3cm dilated and then was given Pitocin at 7:30pm. Three hours later, I was still only 3cm dilated and then by 1:20am I was 5cm dilated- finally making progress! The next hour and a half I kept praying God would dilate me quickly and let me deliver naturally if it was His will. I knew it was a long shot, but I was really hoping that by the next time the nurse came to check me I would be 10cm dilated and ready to push. At 3am the nurse checked my dilation and told me I was “complete” which meant I was 10cm dilated , 100% effaced, and the baby was right where he needed to be in my pelvis to start pushing- praise Jesus! The nurse called the doctor in and I started pushing at 3:20am. 27 minutes and 12 pushes later Greyson was born- 6lbs 6oz and 19 inches long!

At first I didn’t hear Greyson crying which scared me, (turns out his umbilical cord was wrapped around his neck three times) but the doctor and nurse assured me he was okay and that sometimes it takes babies a couple seconds to cry. Once he started crying they put him on my chest and I was so in awe of him and overwhelmed in the best way, I couldn’t help but cry too (happy tears of course). My body was shaking pretty badly from the hormones as I held Greyson, but he seemed to like it because he calmed down instantly.

Later my delivery nurse told me she’d never seen pitocin take off like that for someone- remember, I went from 5cm to 10cm dilated in an hour and a half (WOO)!! She also told me first time moms normally have to push for at least two hours before the baby is born, so the whole delivery portion felt like such a miracle to me- the power of prayer is so real!

I always thought the hardest/most painful part of giving birth would be pushing, but because I had the epidural, delivery wasn’t so bad. I could still feel pressure and some sensation so it wasn’t by any means comfortable, but it wasn’t nearly as painful as labor prior to the epidural. Overall my labor and delivery was just under 26 hours. We’re so thankful for the amazing nurses that took care of us throughout labor and delivery, we couldn’t have asked for better!

These first few weeks with Greyson have been the most tiring yet sweetest weeks of our lives. We are so in love with our baby boy! 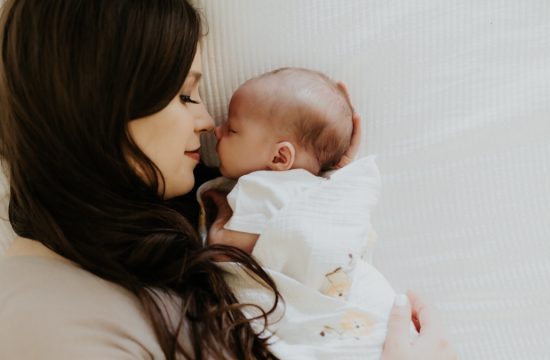 4 Tips for a Smooth In Home Newborn Session

How we found out we were pregnant 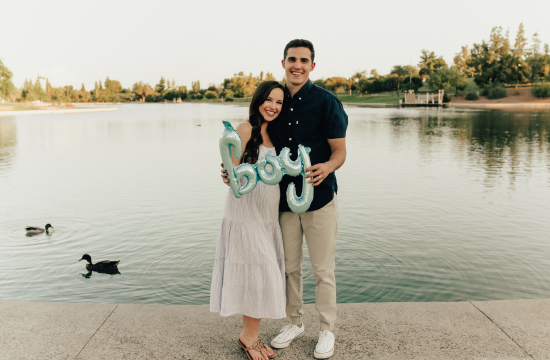 Dropping these cuties in your feed today🤩

Hey @marissamonetacorn check your inbox for some p